Their recognition helps to differentiate them from other malignant neoplasms and may provide clues to etiology (e.g. EBV or HPV).

Squamous cell carcinoma (SCC) is the most common malignant tumour of the head and neck, accounting for approximately 95% of all malignant tumours at this location. The majority are conventional type SCCs that are etiologically related to alcohol, tobacco and infections with human papillomaviruses (HPV) as well as Epstein-Barr virus (EBV). Several variants of SCC have been recognized, including HPV-positive non-keratinizing SCC, verrucous carcinoma, spindle cell carcinoma, basaloid SCC, papillary SCC, lymphoepithelial carcinoma, and adenosquamous carcinoma1.

HPV-positive non-keratinizing squamous cell carcinoma usually arises in the oropharynx (particularly in the pala-tine and lingual tonsils), and most frequently exhibits non-keratinizing morphology. These tumours may also arise in the sinonasal tract and oral cavity, but they are very rare in the larynx and hypopharynx2, 3. HPV-related carcinomas can also show other morphologic patterns, including some SCC variants and a recently described entity, known as the sinonasal carcinoma with adenoid cystic-like features4. HPV-positive SCCs are recognized by overexpression of p16 pro-tein and the presence of HPV, the best method for virus detection being in situ hybridization for mRNA E6/E7, which allows for the detection of integrated, transcriptionally active virus5.

Verrucous carcinoma is a variant of well-differentiated SCC, which grows slowly but can cause extensive destruction. Pure verrucous carcinoma is be-lieved to be unable to metastasize1. De-spite its name, it is not related to infection with HPV6. It consists of thickened, club-shaped filiform projections with prominent surface keratinization and blunt stromal invaginations lined by thick, well-differentiated squamous epithelium, composed of a few layers of basal cells and multiplied, voluminous spinous cells lacking cytologic criteria of malignancy. Mitoses are present only in the basal layer. The tumour invades the subjacent stroma with a well-defined, pushing margin. Pure verrucous carcinoma shows a significantly better prognosis than conventional SCC and does not affect patient overall survival when properly treated. 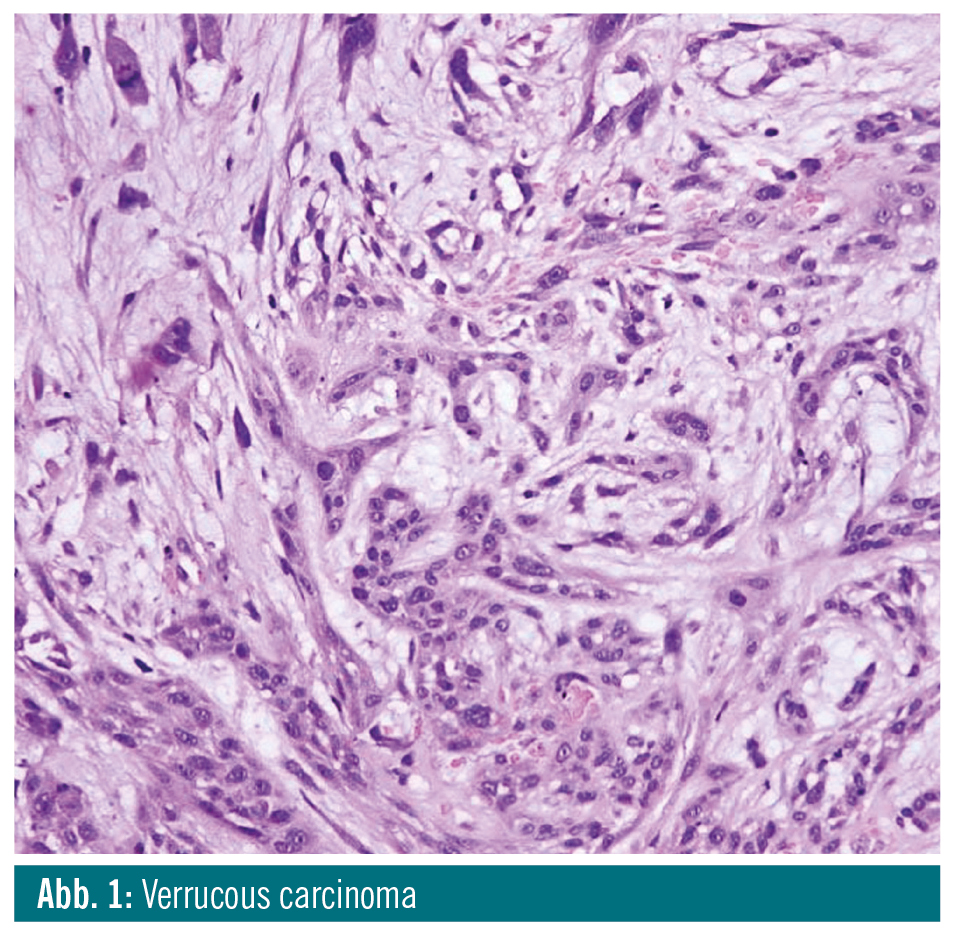 Papillary squamous cell carcinoma is characterized by an exophytic, papillary growth pattern and good prognosis. It can be either HPV-negative or HPV-positive. The former is etiopathogenetically associated with smoking and alcohol abuse, whereas the latter is related to infection with HPV, particularly type 16, and usually occurs in the pharynx or oral cavity. Papillae consist of a central delicate fibrovascular core covered by neoplastic squamous epithelium. The covering epithelium is non-keratinizing or minimally keratinizing; it may be composed of immature basaloid cells or may be more pleomorphic resembling carcinoma in situ. Stromal invasion is often difficult to demonstrate in biopsy specimens. Papillary squamous cell carcinoma is generally believed to confer better prognosis than conventional SCC, although re-lapses are frequent3. 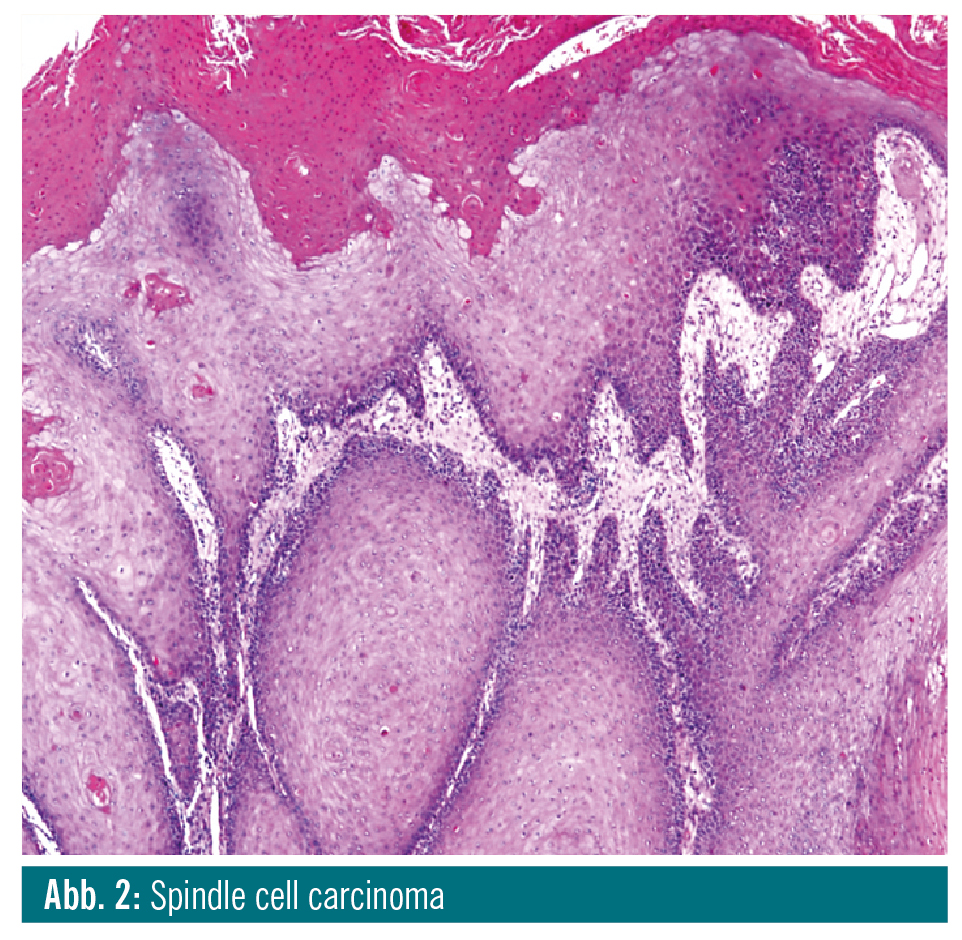 Basaloid squamous cell carcinoma is a biphasic tumour composed of neoplastic basaloid cells and foci of SCC. Basaloid cells are small, with hyperchromatic nuclei without nucleoli, and scant cytoplasm. They are closely packed and grow-ing in a solid pattern, often with prominent peripheral palisading. Large central comedo-type necroses are frequent. Distinctive features of basaloid SCC are small cystic spaces containing PAS-positive material and focal stromal hyalinization. The most important differential diagnoses include HPV-positive SCC and neuroendocrine carcinoma. There is some controversy regarding the prognosis of basaloid SCC. Some studies suggested that it confers worse outcomes than conventional SCC, whereas others suggested that prognosis in both tumour types is sim-ilar, when matched for site and stage9. 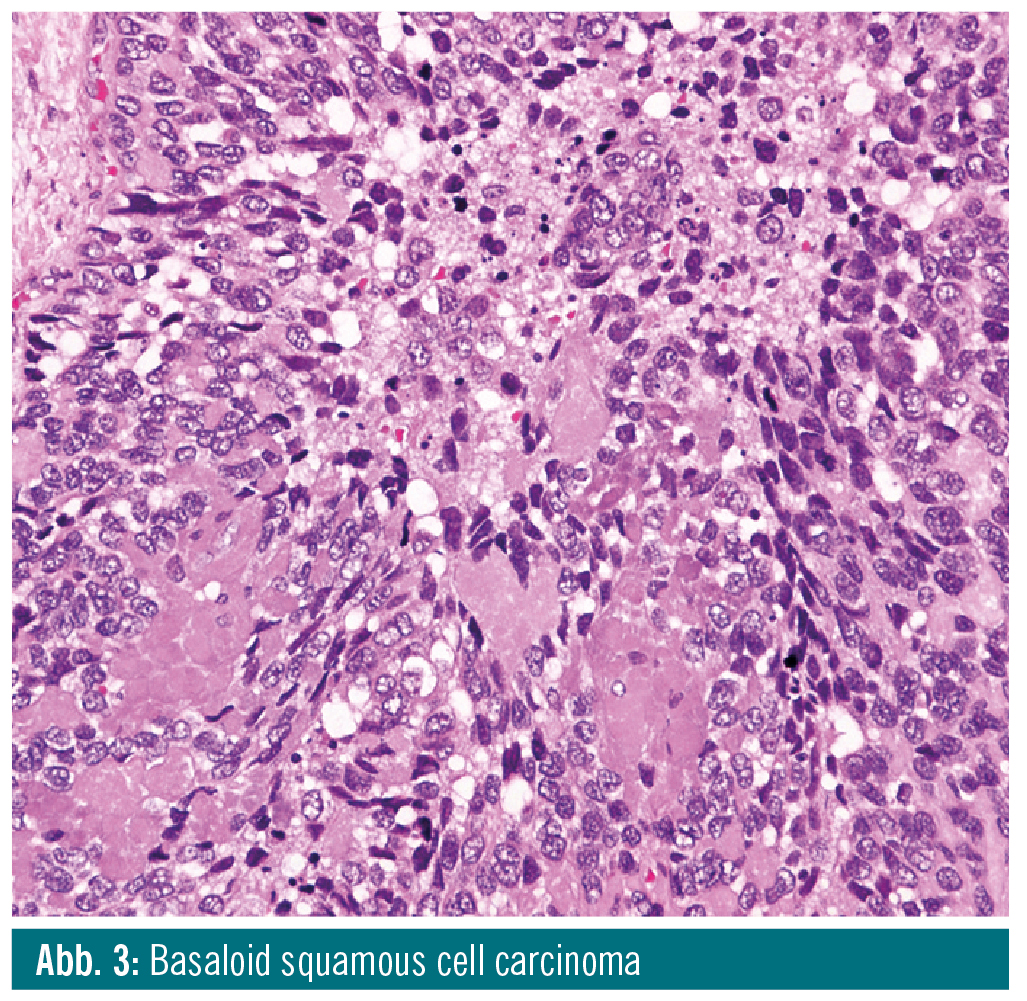 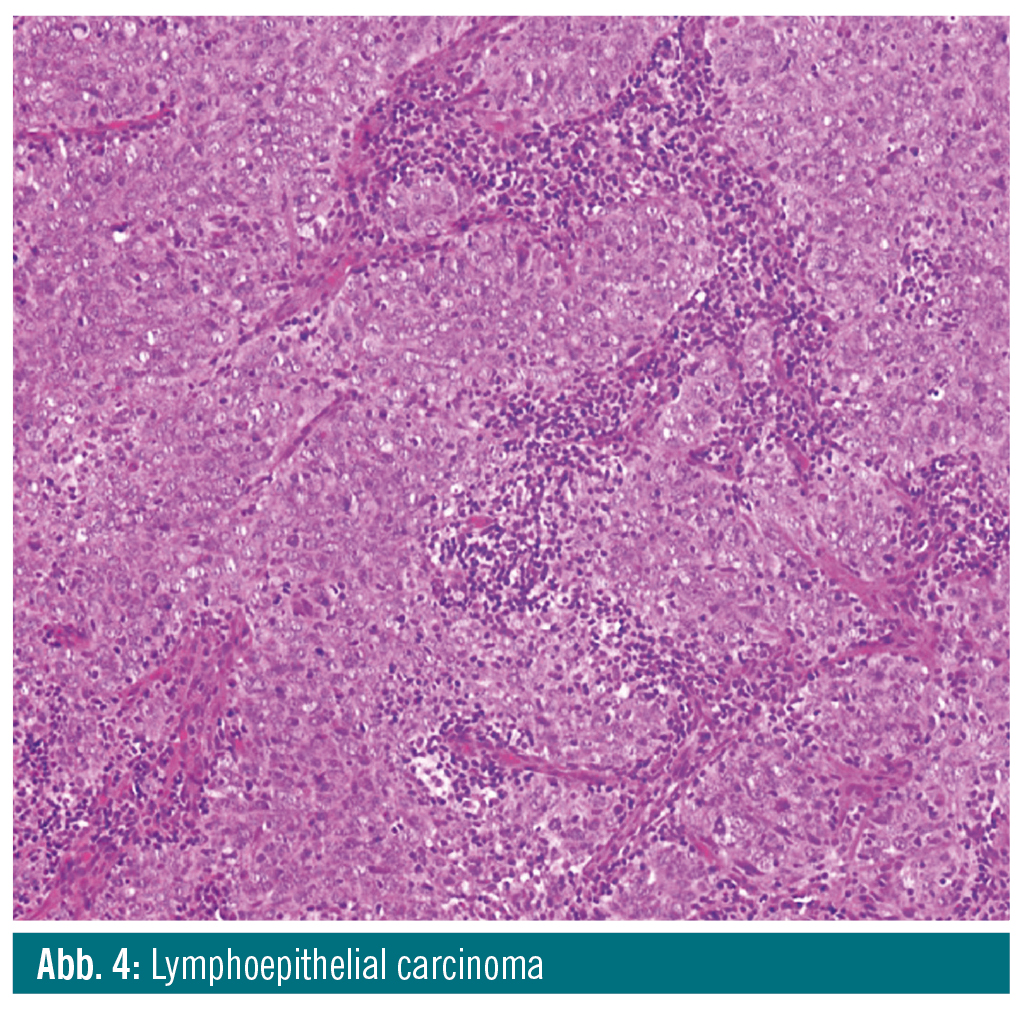 Adenosquamous carcinoma is character-ized by the presence of SCC and adenocarcinoma and can be associated with HPV infection. The two components occur in close proximity but are generally distinct and are not closely intermingled as in mucoepidermoid carcinoma. The SCC component can present either as in situ or invasive SCC, and the adenocarcinoma component is usually located in the deeper parts of the tumour, consist-ing of tubular, alveolar or ductal struc-tures. In general, adenosquamous carcinoma shows a more aggressive course than conventional SCC, with a tendency for early lymph node metastases, frequent local relapses and occasional dissemination10.

Conclusions: The list of variants of SCC which may be related to HPV is increas-ing and includes papillary SCC, ade-nosquamous carcinoma and lympho-epithelial carcinoma11. It appears that only verrucous carcinomas are never related to HPV.
It remains to be determined whether HPV positivity in variants of SCC and HPV positivity in locations other than the oropharynx also implies better prog-nosis, as has been demonstrated for non-keratinizing HPV-positive SCC of the oropharynx. 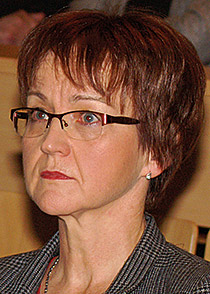